As many of you will know from reading my past blog posts and seeing him feature, I have a little pug called Hector Albert. We have always had dogs as a family and so when I graduated in 2012 my parents finally agreed that if I got a First class degree I could have my much longed for pug! (Little did I know pug mania was just around the corner a year later!)
So First class degree achieved, on the 22nd June 2012 a tiny little Hector left his mum to begin a new adventure at his new home in York with me. Hector soon became an extension to my life and often attends gatherings with friends, pub quizzes and trips into town. However, even though he is small and can easily be picked up and carried, some shops still don’t allow dogs, with dog friendly cafes and restaurants even fewer and far between! 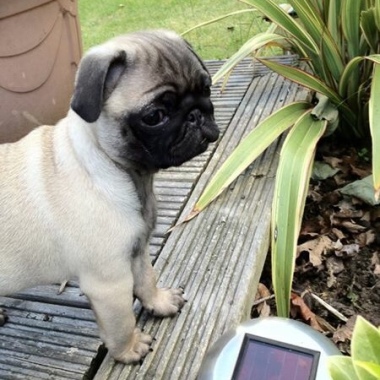 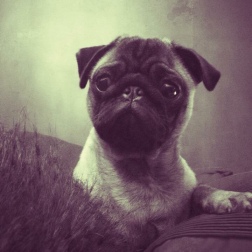 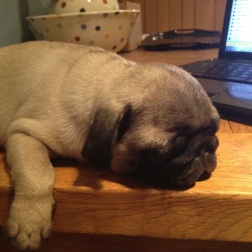 Recently Hector has been coming to stay in Leeds more often when we are there and so I have found a whole new city of dog friendly venues to share with you that I have been tried and tested by Hector himself! In fact, he’s even got his own Instagram account @mrhectormarch so people can follow his adventures to some of the many dog friendly venues around Yorkshire.

Sheaf Street Cafeteria was already one of my favourite haunts for a casual Saturday afternoon coffee or a lazy Sunday morning brunch, so I was excited when I found they were also dog friendly. If you don’t know of Sheaf Street Cafeteria, it’s just outside the city centre nestled between Clarence Dock, Brewery Wharf and Crown Point. Their food is created by Grub & Grog with everything produced from scratch using locally sourced, organic produce. Their bacon sandwich is the perfect antidote for a hangover on a chilled Sunday while Hector sunbathes in the window, but, if you’re heading there for a casual drink (whether tea or a prosecco) you MUST try their peanut butter blondies – absolutely delicious! 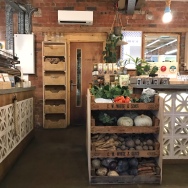 If you’re looking for some afternoon drinks in town then Nation of Shopkeepers is a good all-rounder with dogs welcome in both inside the bar and outside on the large terrace (which incidentally looks great after its makeover!) We often head here for a later afternoon/early evening Saturday burger and a couple of drinks with friends (Hector loves to help out with the odd chip too!). Their burgers are amazing and I highly recommend my favourite – the Katsu Burger.

The Adelphi is one of our regulars for watching rugby (Talking of which, Dave is already getting excited for this years Six Nations!) and usually seem to find ourselves here as the meeting point for Saturday afternoon Six Nations with friends. I’m not so sure that Hector enjoys the sport part of the outing however they do have a decent selection of gins and it’s close to town for me to nip to some shops when I’m “rugbied out” so it’s a winner for me! However, I must point out that The Adelphi isn’t just a sports pub – they also do have a great food menu and thankfully also have separate sport free rooms!

Sunday lunch with your dog is always possible at The Cross Keys on Water Lane. There’s nothing better than a relaxed Sunday stroll into town ending with a couple of drinks and a hearty roast to while away the afternoon (plus their gravy is amazing!!!) 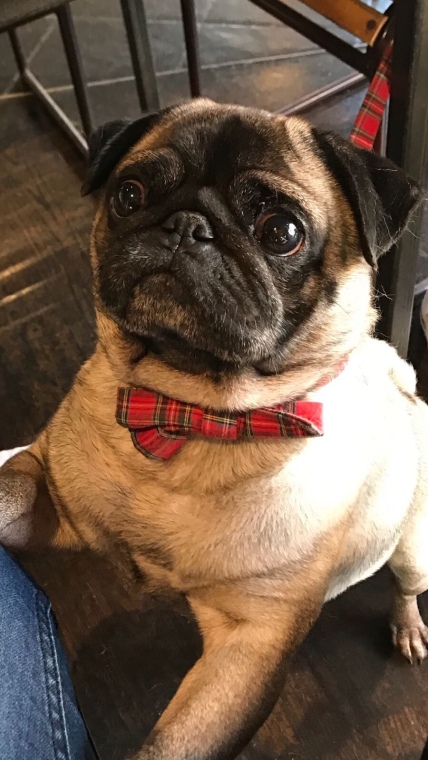 Water Lane Boathouse is in the venue formally known as Pourhouse on the bank of the canal looking across to Granary Wharf and I have to say, it’s a massive improvement on Pourhouse days! I really like the chilled atmosphere of Water Lane Boathouse, not to mention their beautiful interior of Cole & Son papered walls and geometric tiled bar, oozing an effortless chic vibe. In addition these guys are super dog friendly – they love dogs so much that they have complimentary dog treats on the bar and have a doggy dedicated Instagram called @waterlanedoghouse. Food wise they have a good selection of reasonably priced casual comfort food (pizzas, sandwiches and burgers) as well as sharer boards and salads, and, having eaten here a couple of times, I can say the food it pretty tasty too (although I couldn’t comment of the taste of the dog treat but Hector seems to approve!) 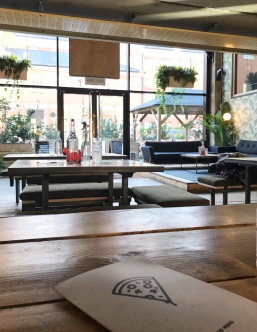 New to Call Lane If – Coffee Bar is somewhere I’m yet to take Hector, but I have been without Hector for cocktails with friends (purely for research you understand haha). It’s a beautiful venue set over three rooms which offers drinks ranging from cocktails to coffees and a great selection of food (including a bottomless brunch). It’s a favourite of a friend of ours and I was surprised at how peaceful and chilled it was compared to the hustle and bustle of the busy Call Lane and town just outside. This is one to watch and one to definitely take Hector along to in the future. I guess in the spirit of research I should probably try the cocktails again but maybe not bottomless brunch when supervising Hector!

This was a new place for us that we stumbled upon earlier this month when we headed into town for a cup of tea and a wander around with Hector. Outlaws Yacht Club is a European style café, exhibition space and record shop which has a laid back feel offering small plates, sandwiches and bar snacks. We popped in for an early morning cup of tea and toast (Hector loves a toast crust), but will definitely try it out again for some small plates when we have Hector with us as the guys here are very accommodating of dogs. 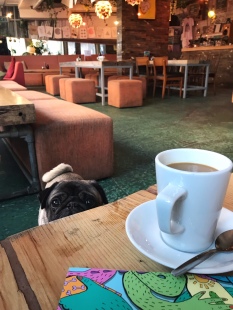 Definitely one of our favourite haunts for Sunday lunch both with and without the company of our little fluffy friend. It has a the relaxed casual atmosphere and.isthe perfect place for sitting outside in the sun and enjoying a Sunday lunch and a catch up with friends. 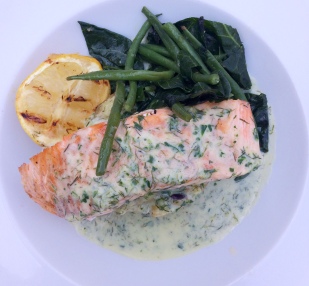 Belgrave Music Hall is part of the same group as Water Lane Boathouse so it’s no surprise that they welcome our furry little friends too. Belgrave has a bit more of an edgy vibe than Water Lane Boathouse with large communal tables and multiple food counters serving the same great pizzas and burgers as the BoatHouse. It also has an amazing rooftop space which is perfect for drinks in the summer months

This is a little hidden gem at Clarence dock and is a prefect distance for Hector to walk to from the house before he starts to feels tired! We often go here for breakfast on a Sunday morning to meet friends as it’s a central for us all and the food it delicious, I am told the coffee is too … but we all know I am a TEA man so you’ll just have to take Dave’s word for it. It’s a small venue which has a great feel to it – its always busy with residents of Clarence Dock and post gym goers but despite its busyness
, we have always managed to get a table tucked in the far corner with a comfy sofa. If your struggling to choose a breakfast option, I would recommend the morning cake or the porridge (or both!). 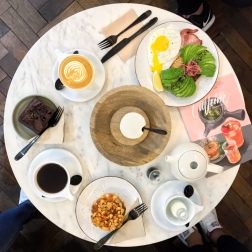 Fettle is situated at the top of Great George Street, a peaceful street by Leeds LGI, which, on a sun drenched morning, is a lovely stroll to take you away from the hustle and bustle of town. Making this the perfect place to stroll to with your four legged friend. They offer a great weekend brunch menu (which you can read about here Leeds: Fettle Cafe) as well as a selection of delicous homemade cakes – the banana loaf is to die for! 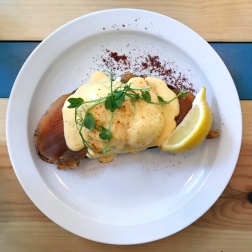 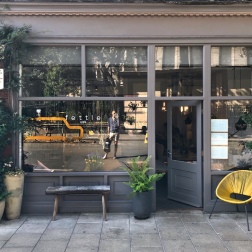 Homemade flapjack granola, peanut butter yoghurt, raspberry chia jam, banana
I have heard about and seen a number of other venues in and around Leeds that are dog friendly, however I’ve only listed the ones here that I have personally been to and experienced. So keep an eye on Hectors Instagram to see where his next adventure takes him. I hope this helps you and your furry little companion to explore more of the city and, if you have a venue for me to try I would love to hear about it … let me know!

2 thoughts on “My Dog Friendly Leeds”